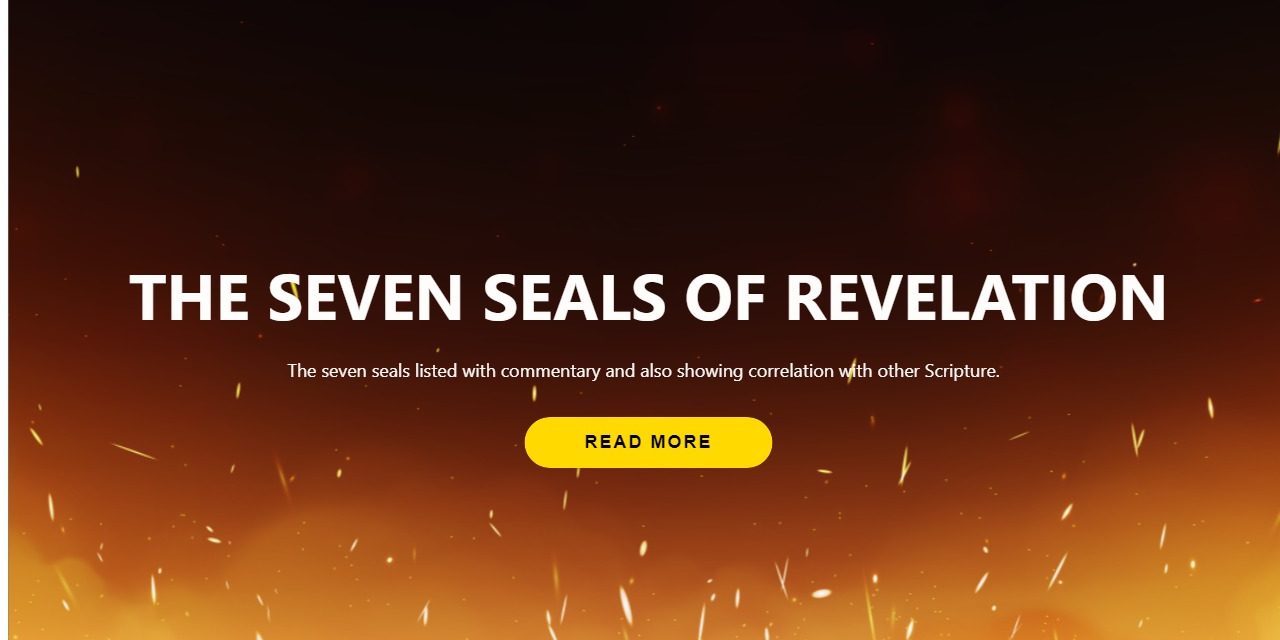 The 7 seals of Revelation, come from the Scroll that only one person can open; the Lamb of God who was slain, Jesus Christ. And as the apostle John saw the Lord open them, he saw the events of each of its 7 sections, and recorded what he saw according to the direction of the Lord.

In John’s experience, as the Lord opened each of the first 4 seals, one of the 4 living creatures called unto John to “Come and see” what would happen. Each of the first 4 seals brought about a horse and rider, each with very distinctive purposes. The 5th seal shows huge persecution and martyrdom of believers. And the 6th and 7th, each show a facet of the rapture itself.

The Antichrist, though evil, is portrayed to have a white horse because he will have the appearance of being good. He will be given a crown of authority, the means to conquer and the time for his assignment. It will not be of his own might or power, but “will be allowed” by God for His purposes. Mankind (as a majority) will continue to choose wickedness rather than God, so He will give them over to what they will have chosen.

Peace will be removed from the earth. The Antichrist will be a master of deceit (Daniel 8:25). He will speak of peace but will really be a conqueror. As the Lord said, there will be wars and rumors of wars. Consider the following verses and see how well they fit with the first two seals shown so far, and also with, the third and fourth seals that will follow.

The seven seals truly correspond with Matthew 24, Mark 13 and Luke 21. Here is one section of verses in particular.

Does this sound like Christians will not go through perilous times? Not only will it be so, but it will be necessary to “endure to the end.”

John heard direction given not to harm the oil and the wine. This is possibly a sign to remind us that those who trust in the Lord will be helped as Elijah was helped by the ravens and the Zarephath widow with the unending flour and oil (1 Kings 17:8-16).

By pale horse, it means “pale” like “the pallor of sickness.” John’s descriptions of the colors of the horses have gone from imitation white, to fiery red, bleak and dark and now pale like the pallor of a sick person. From alleged peace to people killing each other and wars, to inflation and then a quarter of the earth will be inflicted with death by sword, hunger, death and beasts of the earth. It is no wonder that some Christians refuse to believe that the church will have to go through any of this, but we can know from the perilous times Christians went through in the early church, that if the Lord wants us to go through something, He has a purpose and a plan, as well as, He will give us the strength and means to handle anything that we will face.

Notice that “power was given” to Death and Hades. This will be allowed by God. I believe the famines and pestilences in the following Scripture, correlate with the hunger and death of the 4th seal.

This is clearly referencing Christians who will have died for their faith, been slain for the Word of God and the testimony which they held. White robes will be given to them and they will ask of the Lord, how long will it be until He will judge and avenge those who killed them? The answer will be, a little while longer, until the number of brethren, fellow servants of the Lord, are killed as they had been, until the number of them is complete.

I believe this correlates with the following Scripture.

This will be the beginning of the coming of the Lord! Everything will be going dark (sun, moon and stars) in preparation of the Lord, who will come in all His glory and illuminate the whole earth.

I believe this correlates with the following Scripture.

Six seals will be past and the 7th coming quickly. But before John recorded the 7th seal, he stopped to write about the 144,000 Jews, who must be sealed for their protection.

The reason there will be silence in heaven, is because this is when the saints and angels will come with Jesus, to claim His own from this earth.

The Lord is merciful, but He is also just. The day of the coming of the Lord, with the rapture of His church, will also be a day of reckoning.

Whom shall He teach knowledge? And whom shall He make to understand doctrine?
December 13, 2021